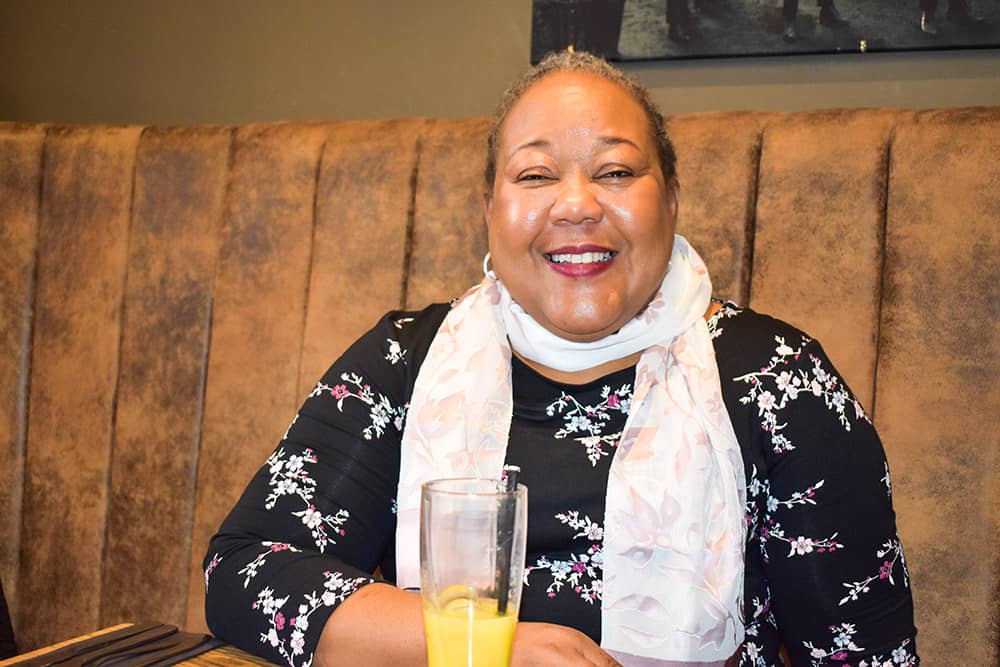 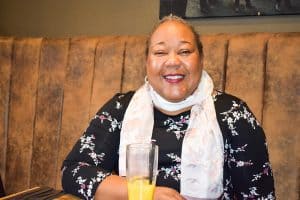 It was late one evening when Sasha arrived. She was just a year-old, dressed in a pink padded coat and carried through the door. ‘She looked so scared and dirty,’ says Pauline who was there to open her heart and give her a home.

Later as Pauline gently placed her in a warm bubble bath, Sasha smiled at her for the first time. For the next few months, she clung to Pauline, never wanting to be put down. Pauline was determined to give her as much love as she needed.

She bought her a pink coat and pink blankets, and at night she read stories and sang songs to her as she drifted off to sleep.

‘I just wanted to look after and protect her. She was absolutely beautiful,’ Pauline recalls.

For almost a year Sasha slept in the corner of the cot on all fours, and Pauline slept in a bed in the same room watching over her. Then one morning she found Sasha sleeping on her back, it was almost as if she had finally relaxed.

Gradually as she grew, Sasha became more confident, playing in the garden or running around in the park. When she was three, she was adopted by Pauline’s sister, and she became Pauline’s niece. There was a happy ending for all of them.

Pauline started fostering seven years ago and has already welcomed five children into her home.

She knew it was what she wanted to do when she was a young child, brought up by her grandmother in the countryside in Jamaica. ‘I used to say that I was going to have a child from every nation,’ she says.

When the first of her two daughters went to university, there was space in Pauline’s three bedroom house, so she gave up her job as a beautician to become a foster carer.

‘I wanted to give a child a chance, to give them support and love,’ she says.

She admits she has a big heart, that she is kind and loving and caring.

Pauline says the rewards come from seeing a child gaining in confidence ‘knowing they can be loved and there’s nothing wrong with them,’ she says.

When Pauline first met Tom, he was less than a year old and being looked after in a children’s hospital. Every day for months she went to visit him before he was allowed to come and live with her. ‘From the time he came home he was happy,’ she says. ‘It was just as if he had been here all the time.’

Tom suffered from a condition which meant he had to wear a mask and was attached to monitors when he was asleep because of the risk he could stop breathing. Carers came into her home to stay with him during the night, and at times Pauline stayed with him instead, sitting in a chair next to his bed or lying in a sleeping bag on the floor.

‘He was always loving,’ says Pauline. He called her ‘mum’ and ran up to sit on her knee if she was watching television. It was hard for her when he left to be adopted two years later, but Pauline knew he was going to a good home with people who loved him. He was adopted by two nurses. ‘I was happy for him,’ she says. ‘I loved him to bits.’

Another little boy arrived when he was six, and Pauline had a big party for his seventh birthday. She hired a room in a soft play centre and gave him a “Spiderman” party so that he could celebrate with his school friends. ‘He had never had a birthday party,’ says Pauline. ‘He said it was the best day of his life.’

Pauline, who is a Fostering Ambassador for Progress, is keen to encourage other people to become foster carers.  ‘I think everyone should have a home,’ she says.  ‘There are loads of children out there that need help, and I can’t have them all.’

Inspired to become a foster carer? Click here to learn how you too can change a child’s life. If you would like to talk to us, email fostering@progresscare.co.uk, and we will be happy to help.