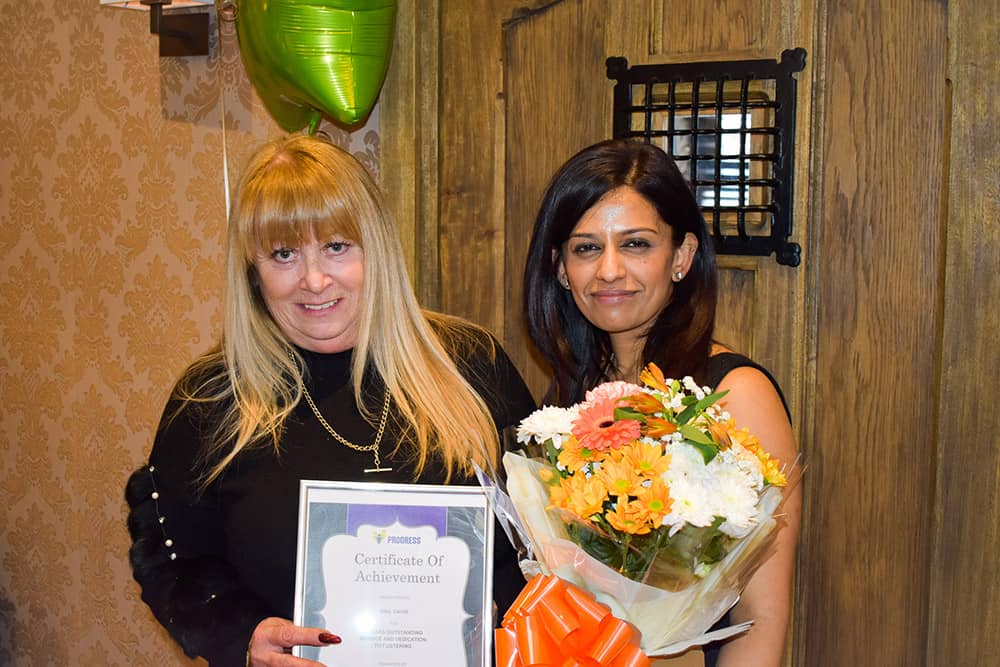 Foster carers are ordinary people doing extraordinary things. Opening up your home and heart to children is not easy, but as Gail explains, it’s a rewarding experience.

Gail, a foster carer, was in the kitchen when Amy received the telephone call to say she had passed her GCSEs.  Amy was a teenager who had no confidence in herself. ‘Why do you bother with me?’ she used to say. ‘I’m useless. I’m no good.’  But Gail believed in her. And she was there to throw her arms around Amy when she heard the good news. ‘She couldn’t believe that she had achieved those results. I was just pleased for her,’ Gail recalls. ‘And that’s when you think this is worth it.’

Gail, who is divorced, has been fostering as a single parent since 2010. She enjoys long term fostering and looking after teenagers. Her house was always full of teenagers as her own two children were growing up and when they left to go to university it seemed quiet. Gail, who also used to run the local Brownies, decided to start fostering.

‘I have a big house,’ she says. ‘I felt quite privileged and I wanted to put something back. I like to be busy and to have people around me.

‘Sometimes I find it hard work and a challenge but I also find it a pleasure. It enriches your life.’

She says it is the challenges that make fostering worthwhile and also the difference she can make to the lives of young people.

‘They come with all their worldly goods, and sometimes it is not a lot, which is quite sad,’ she says.

One twelve-year-old boy was smoking 60 cigarettes a day and wouldn’t go to school when Gail gave him a home.  ‘He had tantrum after tantrum,’ she recalls. ‘He was quite a challenge.’ Gail showed him that she cared. ‘I would sit for hours talking to him,’ she says. He had a hood over his head and his arms folded. ‘When he left here he wasn’t smoking, he was a smart young man, he was at college, he was doing really well, and he was really proud of himself that he had turned his life around’ she says.

Gail knows that Progress are always on the other end of the phone, day or night, whenever she needs help. She has received training and been on the courses they offer and also goes to regular support group meetings where she meets other foster carers.

She has held open days at her house to recruit more foster carers. ‘I believe it is important,’ she says.  ‘I think it is better for a child to be brought up in a family environment. There are lots of children who need homes.

‘I want to recruit foster carers who want to give a child a home, not just a room to live in.

‘I don’t know what I would be doing if I wasn’t fostering. It has given me purpose.’

In the evening Gail and the two teenagers who live with her eat together in the kitchen at the heart of her home. Amy gives her a goodnight kiss every night and says: ‘love you.’ Sarah gave her a card with a heartfelt message inside: ‘Thank you for everything you do.’ Gail cried when she read it.

She tells the girls: ‘I know I am not your mum but you are part of my family.’

‘I love them dearly,’ she says.