Just Imagine the rewards
of fostering a child

Find out more about fostering here 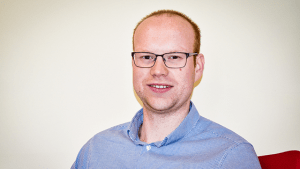 It was 7am on a cold January morning in 2012 when Adam arrived for his first day as a support worker. He stepped inside what looked like any other house, to a new career and a new life. Within minutes he was answering questions from curious teenagers, finding his way amongst young people whizzing around in wheelchairs and others getting ready for their day.

Adam was working in a short breaks home, helping young people with a range of learning and physical disabilities.

He had worked with young people before and had been a sports coach. But this time he didn’t know what to expect. ‘It was a learning curve straight away,’ he recalls. He set to work helping the young people, preparing packed lunches and taking a couple of young people in wheelchairs to Sandwell Valley for a trip that afternoon.

That evening Adam didn’t know how long he would stay. But Adam is still with Progress now. ‘I enjoyed working with young people, building relationships with them and wanting to see them grow’ he says. ‘Seeing their progress makes it so rewarding. ’

Adam moved on to become a senior support worker, a coordinator then deputy manager in the Hub, before eventually moving into his current role within the Business Development team. Although his work now has more of a corporate and commercial focus, the purpose is still the same; ensuring the best outcomes for young people.

‘It has been quite a quick progression really,’ he says. Along the way he received ongoing training and has a Level 3 NVQ in Health and Social Care and a level 4 NVQ in Leadership and Management. He has completed a range of training; from safety and medication through to project management.

His career with Progress has had many special moments, like the day he took a teenager in a wheelchair to his first ever football match. The young man loved watching football on television and so Adam took him on a train to a West Bromwich Albion match. ‘He loved it,’ Adam recalls. ‘He still remembers it every time I see him now, years later.’

Then there was the summer he organised for 16 young people to go on holiday to the seaside. They went swimming and to theme parks. ‘All the young people loved their time away,’ he says.

He has been involved in setting up activity groups in the community, everything from arts and crafts to dance, drama and sport. He was also involved in starting a young club for older teenagers.

Adam, now 30, describes himself as a caring person who enjoys what he does. Outside of work he likes football and is a devoted dad who enjoys spending time with his family, including his young daughter.

His advice for anyone thinking about working for Progress is: ‘Come and try it even if you have never done this type of work before.  Give it a go. Meet our young people and you probably won’t want to leave.’

Michelle (from Wellcroft House) is fundraising to buy toiletries for patients @RWT_NHS who are unable to have them… https://t.co/qYfr8XNZjF

The children and staff at Stourbridge House have worked really hard in putting together this amazing poster for… https://t.co/dHKlSDlZ05

Absolutely! Being single is no barrier in becoming a foster carer. Our team will always be on hand to support you -… https://t.co/dWx1HEvIor

The young people at Stourbridge House (Children's) had a great #ChristmasDay - The children all participated in the… https://t.co/aPPKdH3r6K