The names of the foster children have been changed to protect their identity.

‘We are happy because they are happy,’ says Ashley who gave up his job to foster twin boys with autism. ‘We say this is our family and we feel really close to them. We call them our boys.’

The twins came into residential care with Progress when they were 11 years old, following a foster care placement that had broken down.

Oliver struggles with social understanding and empathy. James is non-verbal and has more severe learning difficulties.

Oak Cottage became their home for the next few months

‘They made massive improvements while they were here with us.

James, who was incontinent, was learning to use the toilet. He started making sounds and was communicating using pictures. Oliver grew in confidence. He was cheeky and mischievous and loved to dress up as a superhero.

‘It was lovely to see how they were growing with us,’ says Margaret who fostered more than 100 children before she started working for Progress.

Meanwhile, the Progress residential and the fostering team were working together to identify the right foster carer.

‘We were looking for robust, resilient people,’ says Tina Bhardwaj, The Operations and Registered Manager for the fostering service at Progress.

They chose Ashley and Toni.

During the first meeting with the boys, Ashley felt nervous. Oliver stroked Toni’s shoulder and smiled at her. James ran into the garden and onto the swing.

‘They were just so caring and happy, and the staff only had positive things to say about them,’ says Ashley.

The couple started making plans immediately to put bunk beds in their spare room, they knew they wanted to give the boys home.

Ashley decided to give up his job as a senior autism practitioner so he could look after them.

During the next few weeks, they saw the boys regularly, first under supervision, then taking them out for a pizza or a walk or to their home alone.

The transition between the residential home and the foster home was like an adoption transition. Progress makes sure there are key people following the child through its journey, supporting them and making sure their wishes and feelings are heard.

An excited Oliver used to watch from his bedroom window at the residential home, looking for Ashley and Toni when they were due to arrive.

‘The bond with them was absolutely brilliant, you could see that,’ says Margaret.

‘The children and the carers had chemistry between them,’ says Tina. ‘The carers made all this effort to learn about the children, they created a bond with the children.  It became apparent that this was a good match and this was going to be the right placement for the children.’

When the boys left Oak Cottage for their new home, Margaret says it felt like a relief that they had somewhere they were going to be loved and nurtured.

‘It was a really positive ending for the children,’ she says.

Before long the family moved house so that the boys could have a bedroom each.  Oliver chose red and black for his room and picked the accessories for his shelf. James, who loves to swing and to balance, has a swing in the middle of his bedroom, attached to a beam, he has laser lights and a sensory corner with toys and mirrors and cushions. In the garden, he has swing chairs, and hammocks and a trampoline.

The couple has seen massive changes in the boys since they came to live with them.

James’ behaviour has improved. ‘He showing he is really comfortable in his environment,’ says Ashley.

Oliver’s behaviour has improved too. ‘He is such a pleasant lad, so polite and so caring towards others,’ says Ashley. He says he loves his foster family.

Oliver is learning to cook at home, has piano lessons, and goes to a youth club. He is also sporting a spikey new haircut which he chose himself and has learnt to swim. James who wouldn’t even go into the water before now doesn’t want to get out of the pool.

It took James longer than Oliver to hug Ashley and Toni because of his disability but now he sits on the sofa and cuddles, and he waits for a hug with open arms.

Progress provides foster carers with training. They have support groups and supervision with a supervising social worker.

Tina says fostering for the twins has been ‘an absolute success,’

Inspired to become a foster carer? Click here to learn how you too can change a child’s life. If you would like to talk to us, email fostering@progresscare.co.uk, and we will be happy to help.

Opening your home and ultimately your heart to someone else’s child is not easy, but is a hugely rewarding experience.

Celebrating this together is important, because our foster carers make it possible for Progress to contribute to improving the lives and outcomes of many children in our care.

These amazing people welcome children into their homes, families, lives and are invested in their futures, supporting them through their emotional challenges and cheering them on their way to university and numerous other personal achievements.

We recently had the pleasure of congratulating many of our carers at the Progress Awards lunch in Wolverhampton. The lunch was an opportunity to celebrate the fosters carers length of service, their selfless work and the many wonderful outcomes they have enabled for young people.

For Tina Bhardwaj who manages our fostering service, saying thank you personally is important. She said, “The children and young people who live with our foster carers have seen their lives changed for the better. To see a child happy and confident gives us all joy. We thank our foster carers for helping them achieve this”.

Inspired by what you have read? Begin your journey in becoming a foster carer today by clicking here 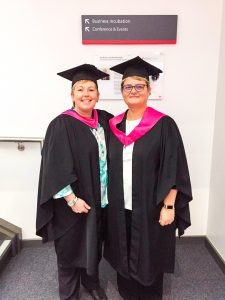 The memories of a day at Reading Festival still stay with Roma and hold a special place in her heart.  She had taken a teenager from Wellcroft House to the festival, and Roma could see the joy on her face as the young girl got out of her wheelchair and danced. ‘It was brilliant,’ she says. ‘She now goes every year.’

Wellcroft House provides residential services for young adults with learning disabilities and Roma Cantello has been a manager since 2015. She started there as a chef- she had studied catering at college and worked as a chef for 17 years.

Within months of arriving at Wellcroft House in 2009, she started getting involved with young people and going out on activities with them.

She gave up her job in the kitchen to become a support worker and she hasn’t looked back since. She went on to become a senior support worker, then deputy manager and finally the manager. ‘If it hadn’t been for Progress giving me that push I wouldn’t be where I am now. They always believed in me,’ she says. ‘I never thought in a million years that I would be where I am.’

At her side is Deputy Manager Vicky Turton. Vicky started at Wellcroft House as a support worker in 2010.

‘I think we work great as a team and we give the best we can,’ says Roma.

Roma and Vicky have received training while they have been with Progress. Both have Level 3 NVQ in Health and Social Care. And in 2018 they both stepped proudly onto the stage in their caps and gowns at their graduation after gaining a Level 5 diploma in care leadership and management for health and social care.

‘It was out of this world,’ says Vicky who was 48 when she graduated. ‘I have done more with this company than I have ever dreamed. I never thought at my age I would get anything like that.’

Vicky says she is passionate about her job. ‘’If you don’t care then it’s not a job you can come into,’ she says.

Wellcroft House in Wednesbury focuses on enabling greater independence for those with moderate to severe learning difficulties and complex disabilities.

‘I’m passionate about the young people getting what they need,’ says Vicky. ‘We are striving for their independence as much as we can. We are here to teach them new skills and get as much potential out of them as we can.’

She is also passionate about leading a good team.

Occasionally Roma still helps out with the cooking at Wellcroft House when she is needed. As well as running the home and supervising the staff she takes the young people out for activities.

She has built a special bond with them and Wellcroft House feels like her second home.

‘I just love what we do for our young people, I really do.’ she says.

‘We give them new experiences all the time.’

If you too would like to develop your skills and build a career in social care, please click here to apply for one of our roles today.